If you are in India, or travelling to India, Varanasi is the must see travel destination. It is the one of the oldest cities on earth, continuously inhabited since 11th century BCE. It was called Kashi in the ancient times and Benares in the recent past. Varanasi is in the state of Utter Pradesh, in northern India.

How to Travel to Varanasi

Companies such as Jet Airways and Indian Airlines operate daily flights to Varanasi from Delhi, India’s capital city, Mumbai, financial city of India, and Kathmandu, capital of Nepal. The airport in Varanasi is almost 25 km away from the city center. From the airport, you can hire a taxi or auto-rickshaw to the city.

You can travel to Varanasi from Indian cities like Delhi, Mumbai, Kolkata, Lucknow and Agra by train. There are two train stations in Varanasi: Varanasi Junction, which is inside the city; and Sarai Junction, which is about 15 km away from the city. If you are traveling to Varanasi from New Delhi or Lucknow, board Rajdhani Express or Shivganga Express. You have to take Vibhuti Express from Kolkata and Marudhar Express from Jaipur and Agra.

State government and private companies operate bus services to Varanasi from Indian cities. State government bus service is very cheap, however, if you want to travel comfortable, take AC bus run by private companies. If you are in Nepal, and want to visit Varanasi, travel to Nepali border at Sunauli (7 hours in bus from Kathmandu), and then to Indian city of Gorakhpur (3 hours on bus). You can reach Varanasi on bus from Gorakhpur in 6 hours.

There are regular bus services (AC and non-AC buses) to Varanasi from Indian city of Allahabad, Agra, Gorakhpur, and Lucknow.

Varanasi and the Ganges Travel Itinerary

Delhi, the capital city of India, is one of the noisiest places in India, however, it also brims with vivid color. After you enjoy the hustle and bustle in Delhi for a day or two, you can head off to the Varanasi for spiritual upliftment. You can board overnight train sleeper to Varanais from Delhi, or take a flight. Vanarasi is famous for religious and cultural sightseeing, the most important places are Vishonath Temple, the Ganges and the Ghats. Every day approximately 60 thousand people go to the Ghats in Varanasi. Ghats are open-air Hindu crematoriums and places for ablutions. Varanasi Ghat stretch 7 km along the banks of the Ganges.

If you are a foreigner in India, you can begin your travel from Delhi. After staying a week in Vanarasi, you can visit Sarnath, where the Buddha gave his first sermon, and Agra, the city of Taj Mahal

Varanasi and the Ganges Travel Itinerary

Things to Do in Varanasi

Hotels and Restaurants in Varanasi

You can find budget and star hotels in Varanasi. You can find many restaurants, which specially cater to foreigners. You can also try local delicacies. If you are in Varanasi, you should definitely try Banarasi Paan, which is a mixture of betel leaf, betel nuts and numerous spices. If you have never chewed tobacco, ask for tobacco free paan. Tobacco free paan (Mittha paan) is sweet that gives a tingling taste on your tongue.

If you want to experience local flavor, try lassi in street food stalls. Lassi is sweet yoghurt drink. You can try Bhang, which is made from seeds of hemp, sugar and milk. However, if you have never tried Bhang, don’t drink too much, it is highly intoxicant. Varanasi is also famous for sweetmeats and sweet drinks.

3 thoughts on “Visiting India: Travel to Varanasi and the Ganges”

Sat Sep 14 , 2019
A lot of people are attracted to shipping container homes because you can save a lot of money on construction material. Since the basic structure is already present, you don’t need walls, floors, even roofs to build. This saves at least 40 percent construction cost. Apart from building cost, you […] 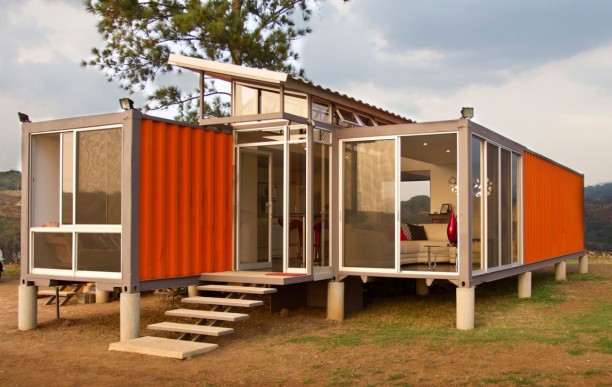