Muslim invaders and Muslim rulers in 12th through 17th century destroyed Varanasi repeatedly. The existing religious and cultural sites dates back to 18th century and credited to Kashi Naresh, the King of Varanasi. For centuries, Varanasi has been a center of Indian classical music, art, and literature.

The name Varanasi originated from the names of two rivers Varuna and Assi (now, just a small stream). Varanasi has been mentioned as Kashi, literally, the luminous one, in the Hindu texts Vedas and Puranas. Hindu mythologies mention Lord Shiva as the founder of Varanasi. Historians believe that people began to settle in Varanasi around 11th century BCE. During the time of the Buddha, in 6th century BCE, Varanasi was already a well-established city.

Varanasi is the city of Hindu temples. There are more than 23 thousand temples in Varanasi. Some of the famous temples are:

The Ghats in the Ganges in Varanasi

The Ghats are stairways on the riverbank used as open-air crematorium or religious bathing. In the past, bodies of pregnant women and children were deposited in the Ganges, however, this custom is not common these days. Hindus consider auspicious to die in Varanasi, so old people from India and Nepal travel to Varanasi and wait for their deaths.

A Boat trip on the Ganges is the best way to observe the Ghats in Varanasi. There are numerous Ghats on the bank of the Ganges such as: Dasaswamedh Ghat, Panchganga Ghat, Manikarnika Ghat, Rana Ghat, Kedar Ghat, Narad Ghat, Harishchandra Ghat, Hanuman Ghat, Shivala Ghat, Tulsi Ghat and Assi Ghat.

The Ganges: the Most Sacred River in India

The Ganges, called Ganga River in local language, originates in the Gangotri Glacier, in the Himalayas, in India, and winds towards the Bay of Bengal in Bangladesh, through the Indian States of Uttarakhand, Uttar Pradesh, Bihar, Jharkhand, and West Bengal. The Ganges has been mentioned in the Hindu mythologies and theologies as a river and Goddess. The earliest mention of the Ganges in the Western text was by Megasthenes (C. 350–290 BCE)

The Ganges is the Mother Goddess Ganga in Hinduism. Every evening Goddess Ganga is offered Aarati (butter lamps) at the Dashashwamedh Ghat, in Varanasi. Ganga Jal, the Holy Water from the Ganges, is frequently used in Hindu rituals. All Hindus have to perform the rites for the dead ancestors at the bank of the Ganges at Bodhgaya.

According to a Hindu legend, the Ganges came down to the earth from the heaven through the hair of Shiva. Therefore, the Ganges is considered a pathway to heaven. Goddess Ganga is associated with the three major Gods in Hinduism: Brahma, Vishnu and Shiva, however, she is considered Shiva’s consort.

Sarnath is 13 km away from Varanasi. Sarnath is one of the four important Buddhist pilgrimage sites. The Buddha gave his first sermon in Sarnath. Other three are Lumbini, the birthplace of the Buddha; Bodhgaya, where the Buddha attained Enlightenment; and Kushinagar, where the Buddha left his mortal body. Sarnath and Bodhgaya have religious and archaeological importance.

One thought on “Varanasi: the Spiritual City in India”

Fun Facts About Ice Cream That You Probably Didn't Know

Wed Jul 1 , 2020
It is believed that the Chinese ate ice cream like dish as early as 3000 BC. However, facts suggest that in about 200 BC the Chinese mixed milk and rice and froze it in the snow to create the world’s first ice cream. Marco Polo introduced ice cream to Europe […] 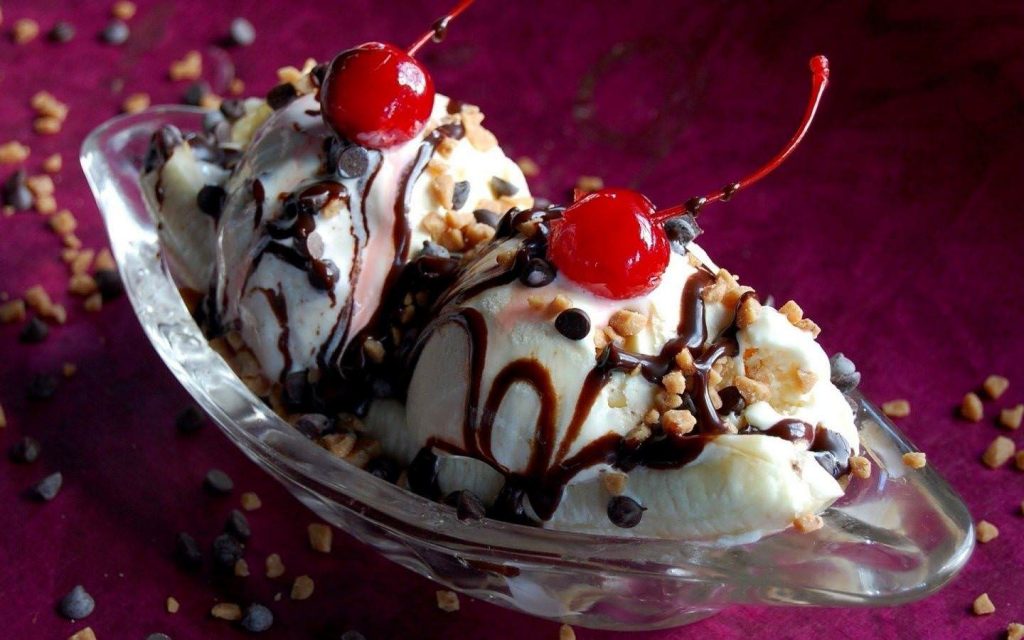