Using spices in cooking to enhance flavour, aroma and texture is very common. In fact, almost all of our foods contain spices. For example, your ice cream might contain vanilla, your fried chicken might contain black pepper, your favourite cookies might contain cinnamon.

Some spices are very cheap, you can buy supplies for months for just a couple of bucks. However, some spices are really expensive. They can cost you half of your salary for one pound.

Here are 7 exotic spices that are considered the most expensive spices in the world. The price of each spice listed here is based on the average price in the international market.

Wild ginseng root is probably the most expensive spice. Can you imagine something costing little less than $4000 for just one gram? In the international market, one gram of wild ginseng root cost $3,846. Wild ginseng is expensive because of its rarity. It is not commercially cultivated and is always collected from the wild.

Saffron is so expensive that no one dares to buy in kilograms. Saffron is generally bought per gram. One kilogram of saffron can cost up to $6000 in the international market. Saffron is dried flower of Old World crocus plant. It has a shade of yellow tinged with orange. It has a pungent smell. Saffron is native to the Mediterranean region, however, it is now cultivated widely. The price differs according to the reason where it is grown. The cheapest saffron comes from Iran and the most expensive comes from Spain.

Vanilla comes from the unripe fruit of an orchid called Vanilla. Human beings have been using vanilla to add color, aroma and flavour in foods since ages. It is also one of the most expensive spices. In the international market one kilogram of vanilla costs around $800. If you store vanilla in an air tight jar, the aroma can last upto 40 years.

If you love Indian cooking, you must also love nutmeg as nutmeg is one of the key ingredients of garam masala. The price per kilogram ranges between $100 and $600. Nutmeg is expensive because it is processed manually and the entire process is very delicate. Nutmeg is a seed of nutmeg tree. Nutmeg tree is a source of two different spices nutmeg and mace. Mace is also an expensive spice.

Human beings have been using cardamom since at least six thousand years. The earliest record of cardamom is a clay tablet discovered in ancient Babylon dated 4000 BC.  Cardamom is considered “king of spices” because of its wide use.  Cardamom can be used in almost all dishes from confectioneries and bakery items to soup and pudding. One kilogram of cardamom can cost upto $350 in the international market.

Wed Oct 23 , 2019
El Paso is a thriving Texas city on the US-Mexico border. According to a 2018 US Census, it was the 22nd largest city in the USA. How did I first learn about this city? When I was a kid I watched a Clint Eastwood movie. The bad guys were going […] 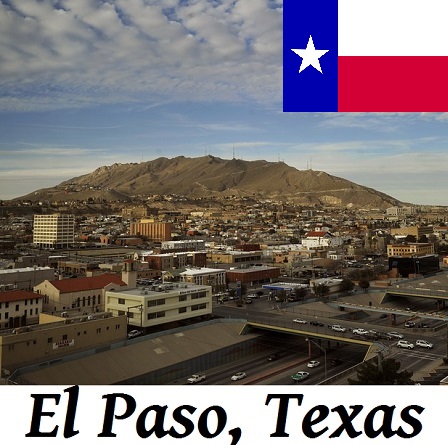