According to a fact sheet about the history of NASA, the creation of the National Aeronautics and Space Administration didn’t really have anything to do with the weather. The President of the United States and Congress created NASA on October 1, 1958. Its mission was described as follows: “An Act to provide for research into the problems of flight within and outside the Earth’s atmosphere, and for other purposes.” So! “Other purposes”? That could include research about climate change. Not sure of the exact date when NASA joined the global climate change debate but they are certainly contributing to the discussion now! You can find lots of information at a site called “NASA: Climate Change and Global Warming”.

On September 20, 2019, several students skipped classes to stage a protest regarding how many governments (“the adults”) are ignoring climate change and how their future is at risk if they don’t do something! (“1.1 Million Can Skip School for Climate Protest” – The New York Times)

In defense of “the adults”, it doesn’t look like all of them have been ignoring the ill effects of climate change. Four years before this protest was ever planned NASA shared their predictions of what the world will look like in 2100. Not poking fun at this federal agency and the work that they do, but shouldn’t people have been seriously listening to what they had to say a long time ago? (O.o) After all, they can see a lot from outer space.

Here is an important quote extracted from the document:

“ … the data, which can be filtered down to the level of individual cities and towns on a daily timescale, will help developing nations predict and prepare for the local effects changing patterns in weather, floods and droughts. At a global scale, it’ll help Earth scientists, and anyone else who’s interested, explore what’s looking to be a very toasty end of the century.”

I have no doubt that the students involved in the protest were genuinely sincere and genuinely concerned about the impact that ignoring climate change will have on their future. They are concerned enough to refer to climate change as “an emergency”.

I also have no doubt that there are probably several intelligent students in that group (or in the group who did not skip classes) who could work alongside “the adults”, analyze the NASA climate projections, and possibly come up with a way to save planet earth. First, save a city. Then a state. Then a country. And finally the whole world!

Thu Oct 10 , 2019
Spread the love                           People either love or hate grapefruits. I prefer to drink pink grapefruit juice to eating it for breakfast. The one great thing about grapefruit is that it offers a lot of health benefits. The month of February counts as the National Grapefruit Month. The taste of grapefruit can […] 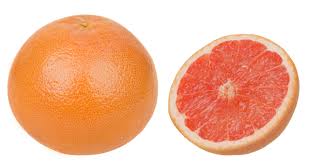