“The Appointment” is a novel written by Herta Müller, Nobel laureate, about life under the oppressive regime of Nicolae Ceaușescu in Romania. Are you stuck at home? Add this book to your quarantine reading list.

BACKGROUND: In the year 1953, Herta Müller was born in Romania. In the year 1955, when I was born, Rumania (or Romania) joined the United Nations and the Warsaw Pact. Ten years later, in 1965, it became a socialist republic. At that time, a Rumanian statesman named Nicolae Ceaușescu was Secretary-General of the Communist Party. He became head of state in 1967 and president of the republic in 1974. For his final career objective, he decided to become a brutal dictator. This goal was achieved; and as a result, he and his wife were executed by a firing squad on December 25th, 1989.

Meanwhile, back in the United States. I attended the University of Miami, Coral Gables, Florida from 1972 to 1976. During those four years, one of my roommates had the opportunity to travel to this country. When she returned, my first questions were obvious: “Well! How was it? Did you have a good time?” Her response was (to the best of my recollection): “I’m glad to be home. I never want to go back. I’ve saw things I wish I had never seen.” Then she added on: “Americans take so many things for granted. Like” … she paused and looked at me and said “our freedom.”

That’s deep. OK? Because we all know that living in America for most black Americans, or African Americans, or Negroes, or Colored People, has not been all happy days. So when a black person comes back from visiting another country and basically says to you: “You don’t want to go there.” — that place gets scratched off your bucket list for places you want to see before you die.

Though much has happened from the 70s to the present day, like most ignorant Americans, activities in that part of the world occurred without anybody asking me for my input or opinion. These days, thanks to the Internet, I have the privilege of interacting with people around the world, and some of them live in Bucharest, which is Romania’s capital. The experience has been most pleasant. According to reports as recent as April 2014 circulated by humanrights.gov, the United States considers Romania a friend and an ally.

All of this background information was supplied as introductory remarks to suggest a novel written by Herta Müller, titled “The Appointment”. Ms. Müller emigrated to Berlin two years before the death of Ceaușescu. The author’s real life lends itself to this novel.

While I was in America experiencing my teenage and young adult years, watching the Civil Rights Movement as it unfolded, developing my sense of identity listening to James Brown singing “I’m Black and I’m Proud”, and trying to decide where I wanted to leave my mark in this unjust world, what was Herta doing? Eh! Nothing major. Just losing her job and being threatened repeatedly for refusing to cooperate with the secret police. In 1987, she seized an opportunity to leave her land of birth and now lives in Germany where she has been leading quite a productive life as a successful writer. Her resume boasts several literary awards, among them the 2009 Nobel Prize for Literature.

This novel’s copyright is dated 1997. It was translated into English and the 1st American edition was made available in 2001.

“The Appointment” is about life under the oppressive regime of Nicolae Ceaușescu. The New York Times, Chicago Tribune and Newsweek, along with others sing songs of praise for this book about a young Romanian woman who must keep an appointment.

A little over 200 pages are in between this opening statement and the last line in the book which reads:

Mon Apr 20 , 2020
Every year I have enjoyed seeing lilacs bloom in May and love to see them blooming all around Riga, Latvia but I never thought to think if there were health benefits. So I went and did some research and discovered that not only do lilacs provide beauty and fragrance they […] 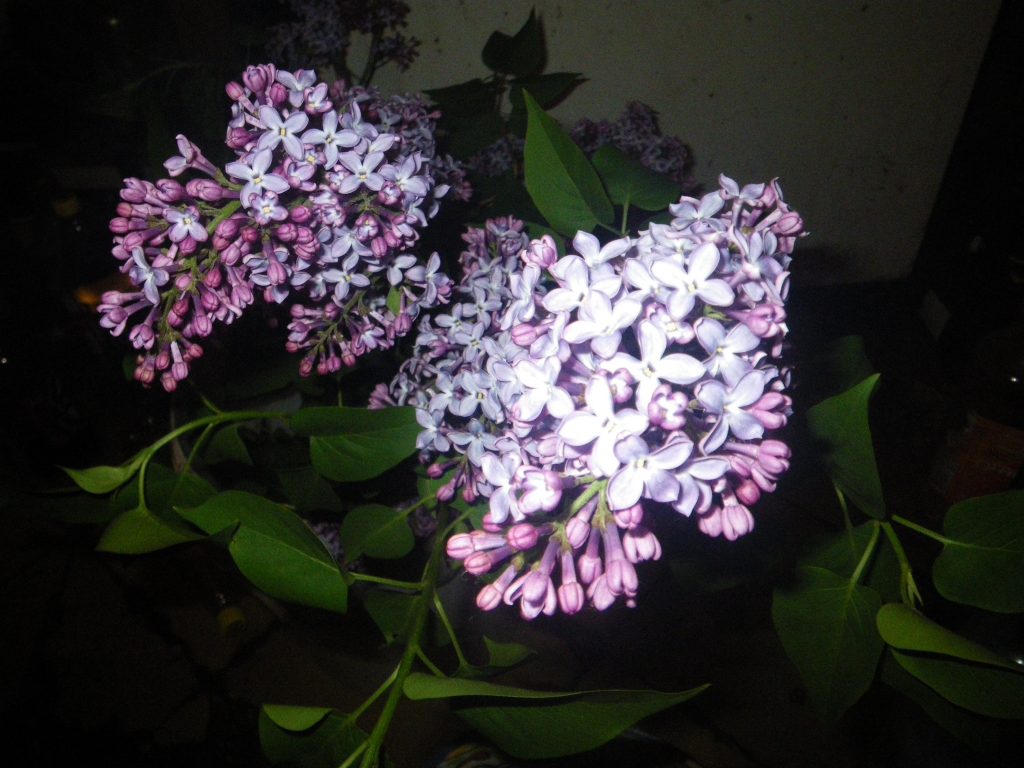