Candles in the Modern Age

The birth of modern candle making is credited to the whaling industry. During the 18th century, commercial whaling began. People discovered spermaceti (a kind of oil) in the head of the sperm whale. The discovery of spermaceti led to the mass production of candles. Spermaceti was considered an ideal substance for candles because it did not produce smell and smoke, it burned brightly, and was also harder than beeswax or tallow, therefore did not soften during the summer. Spermaceti wax candles were the first “standard candles.”

During early 1800, it was discovered that candles could also be made from the oils from the plants of Brassica species or Colza plant. This was a cheaper alternative than the spermaceti.

During this time, changes were also made in the candle wicks. Until then the wicks were the twisted strands of cotton, but the makers began using braided cotton threads. The new wicks made the candle brighter.

Paraffin was the cheapest substance for candles. However, the early paraffin also had a low melting point. The problem was solved by using stearin. Most of the candles manufactured during the 19th century had paraffin and stearic acid. Stearin was discovered in 1825 by two French chemists Michel Eugène Chevreul and Joseph-Louis Gay-Lussac. This substance was derived from plants or animal fats, but unlike tallow, it did not have glycerine, so it was not smelly or smoky.

The Decline of Candle Industry

The primary purpose of candle was to provide light. However, with the invention and discovery of better lighting techniques, candle industry declined. Discovery of kerosene lamp challenged the candles, and the invention of the incandescent light bulb in 1879 knocked down the candle industry. Electricity is a cheap source of light, even in the places where electricity is not available there are better alternatives such as solar light or kerosene lamp. Therefore, candle as the primary lighting source has completely been replaced.

Evolution of Decorative and Scented Candles

It is true that people are no longer using candles for lighting their homes, however, candles have not been completely wiped out from the face of the earth. People have discovered new types of candles such as decorative candles, colored candles, and scented candles. Decorative, colored, and scented candles are used for various purposes such as worshiping, meditation, romantic dinner, setting the mood, creating an ambience in the room, home decoration etc. Specialized candles are becoming popular these days.

During the late 20th century, paraffin was replaced with a new kind of wax. Soy, palm and flax-seed oils were blended with paraffin to create a new wax that made scented candles. People also added color pigments, fragrance, and essential oils to the candle wax to make special candles. Currently, scented candles are trending. The market is growing for scented candles. Not only the companies but also the individuals are producing scented candles.

Halloween: A Quick Study of the History and Superstitions

Tue Oct 15 , 2019
It’s October and it’s time for Halloween. For this article I wanted to present a quick discussion highlighting some interesting and fun facts about the Halloween holiday; mainly, its history and the superstitious beliefs associated with it. The History (and My History) of Halloween I attended Catholic school and can […] 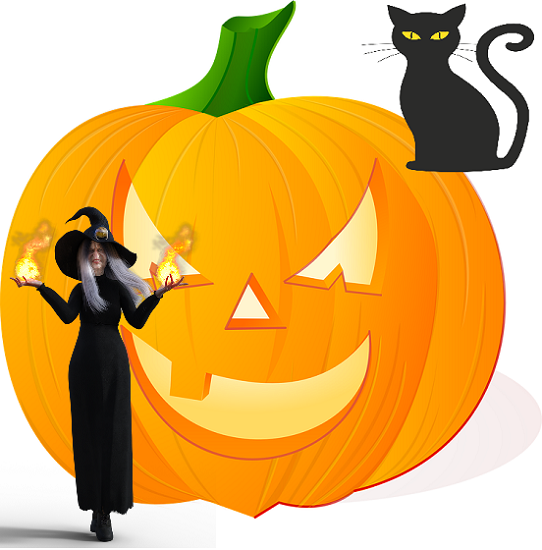