If you are walking along Hollywood Boulevard and your head is spinning from all the stars on the Hollywood Walk of Fame take a break and head for Grauman’s Chinese Theater along the same boulevard. Here you can meet some well-known characters like SpongeBob and see all the hand and footprints and signatures of your favorite Hollywood stars.

The theater first opened its doors on May 18, 1927. It fast became the most well-known of all of the Grauman’s theaters. It also has the honor of being the last one to be built. The first theater that Sid Grauman built was The Million Dollar Theater in 1918 and it was followed by The Egyptian Theater in 1922. At the Egyptian, the first movie to premiere was “Robin Hood” starring Douglas Fairbanks. Once these theaters became popular Grauman decided to build the kind of theater he had wanted to build for a long time, a Chinese Theater. At this point, you might be wondering if Grauman was Chinese. Sid Grauman was an American showman and not of Chinese descent.

Many years after the death of Grauman Ted Mann purchased the theater in 1973 and named it Mann’s Chinese Theater. His wife was actress Rhonda Fleming and he had a wax figure created of her and placed in a chair among the Chinese wax figures in the lobby. When Mann went bankrupt the theater was sold to Warner Bros. and Paramount Pictures studios. When TCL Corporation got a say as to the name of the theater it became the TCL Chinese Theater but is best known as Grauman’s Chinese Theater. Confusing, isn’t it?

It is most interesting to know how all the hand and footprint activity got started. The story goes that Grauman’s friend actress and producer Norma Talmadge pulled up to the theater and stepping out of her car she stepped into wet cement. It did not take Grauman long to come up with a great idea even though the incident was accidental. The co-owners of the theater were Mary Pickford and her husband Douglas Fairbanks and her signature was the first to be immortalized in cement.

Grauman decorated the inside of the theater with various treasures that he brought from China. The most attention is drawn to the Chinese wax figures. At one time it was considered to be good luck for actors and film executives to come to the theater and touch the wax figures when they were about to start a new project. Not only hand and foot imprints have been made. Betty Grable made an imprint of her leg, Whoopi Goldberg of a dreadlock, George Burns of his cigar and John Wayne of his fist.  Marilyn Monroe put a rhinestone to dot the I in her name which since has disappeared.

If you should come upon a name that is not familiar to you as you look at all the imprints don’t think it’s a mistake. People who are not Hollywood stars have also been immortalized in the cement by Grauman’s Chinese Theater like opera singers and the person who gave his voice to Donald Duck among others. Actor Donald O’Connor, had his mom pen her name in the square next to his.

One thought on “Grauman’s Chinese Theater”

Sat Nov 30 , 2019
Shining a spotlight on three (3) Texas cities where you might want to vacation or even relocate or retire to: Corsicana, San Antonio, and Houston. Corsicana Tourism is to The Bahamas as oil is to Corsicana. Many cities did not survive the Great Depression and World Wars I and II, […] 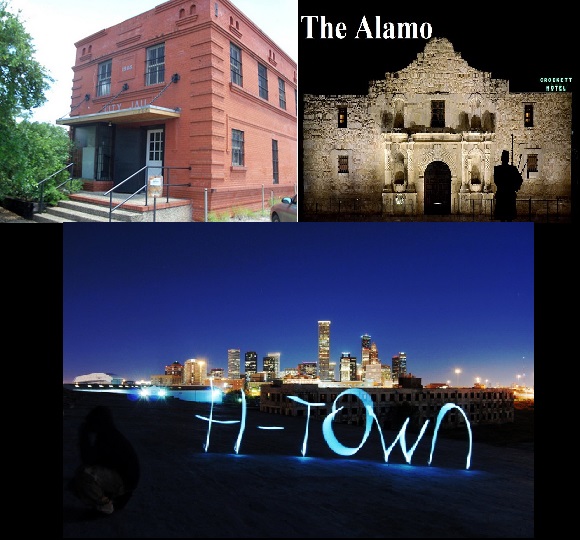