El Paso is a thriving Texas city on the US-Mexico border. According to a 2018 US Census, it was the 22nd largest city in the USA. How did I first learn about this city? When I was a kid I watched a Clint Eastwood movie. The bad guys were going to rob a bank and it was located in El Paso. Never did I ever dream that one day I would move to that Texas city. But I did! Why El Paso? It was an official job transfer and I lived there from 1995 to 1998.

As soon as we relocated to the Maryland/DC area (another official job transfer) and I realized that I could not stand working in our nation’s capital, I started PRAYING!!! My goal was to find a job in Austin, Texas. Ended up working in DC for about 8 years (my original plan was no longer than 5 years). I lived and worked there longer than I expected, but finally managed to get a job transfer to Texas. However, it was in El Paso; not Austin.

Was I happy there? Uhh … let’s just say it served a temporary purpose. Since it was temporary (even though it was supposed to be permanent) it was tolerable. I wasn’t miserable there but at that point in my life … it really wasn’t where I wanted to live. However, it was better than living in Maryland and working in DC. I thought of my job transfer as an escape and also as a stop-off point until I reached my final destination, which was Austin, Texas.

Are there good things to say about living and working in El Paso? Yes!

The Bank of El Paso was mentioned in that Clint Eastwood movie, “For a Few Dollars More”. I count that as a good thing to say about El Paso.

But here are some more positives:

We bought our first home there. You wouldn’t believe it! 4BR, Living room, Dining Room, large eat-in kitchen, huge family room w/ fireplace, etc. It even had a maid’s quarters. The house was priced at $108K. That wasn’t a bargain price. That was normal housing prices!

~ The church? Good edifying sermons from a sound preacher, with practical life applications; and a dedicated group of believers who walked the walk and didn’t just talk the talk.

~ My job? It was 15 minutes away from my house so I could go home for lunch if I wanted to. But I didn’t! I preferred to go across the street to the Barnes & Noble store instead.

Would I recommend others live and work in El Paso? Sure!

I also recommend it for real estate investing. Particularly for rental properties.

Things to do in El Paso Texas | The Traveling Fool

When it Gets Hot Make Gazpacho

Wed Oct 23 , 2019
This popular soup known as Gazpacho comes from the Andalusia region of Spain. It is a great soup to have in the summer since it is served cold. Originally this soup was made as a blend combined with stale bread, olive oil, garlic with a bit of vinegar or water […] 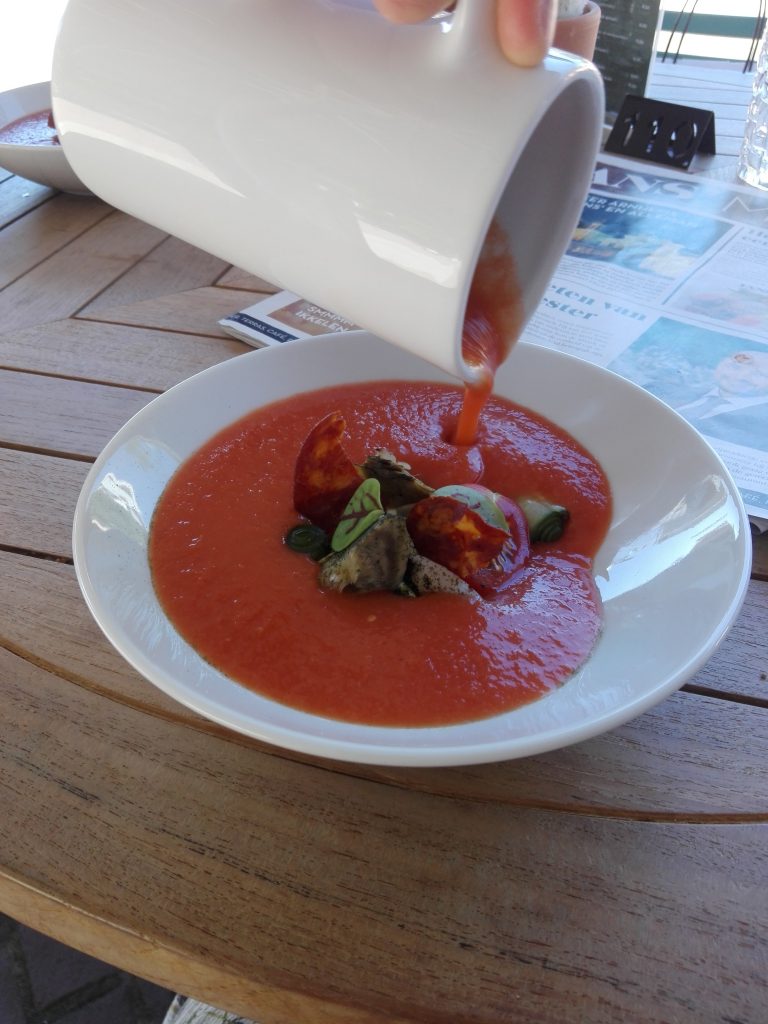