Director Roman Polanski was born as Rajmund Roman Liebling on August 18, 1933, in Paris, France. Yes, I know you’re probably wondering who in the world he is. Well, I am sure that most of us don’t pay much attention to who directed a certain movie unless the director is world-famous. You will, however, recognize the titles of some of the movies he has directed such as “Rosemary’s Baby”, “Chinatown” and “The Pianist”. Polanski has received lots of honors including an Oscar. Unfortunately, his personal life has been touched by much tragedy.

Polanski spent his childhood in Poland during WWII at which time his parents who were Jewish were sent to concentration camps. He studied film in Poland and made his directorial debut in 1962 with “Knife in the Water” a psychological thriller. He made a series of movies in England among them “The Fearless Vampire Killers” featuring an American actress Sharon Tate, who became his wife in January of 1968. Polanski’s first movie in Hollywood was “Rosemary’s Baby”. All of you who have seen this movie know how disturbing it was about a young woman impregnated by the devil. This horror movie starred Mia Farrow, became a box-office hit and got Polanski an Oscar nomination. Today this movie counts among the classic horror movies.

Tragedy struck Polanski’s personal life on August 9, 1969. While he was out of the country his wife Sharon Tate eight months pregnant with the couple’s first child was discovered murdered in their Los Angeles, California home. There were four other people visiting who were also brutally murdered. The murderers were an infamous cult that was led by Charles Manson. They were all caught and convicted. Since then Manson having spent life in prison has died.

Polanski was so devastated by this horrible turn of events that he buried himself in his work. He continued directing movies in both Europe and Hollywood. In the 1970s he directed movies like “Macbeth”, “What?” and “Chinatown” starring Jack Nicholson and Faye Dunaway. “Chinatown,” told the story of water and land rights in Southern California in the early 20th century and was nominated for eleven Oscars winning for Best Original Screenplay.

Personally I think the tragedy that Polanski suffered losing his wife and baby like that also affected him psychologically in a way because in 1977 he was accused and pled guilty to having unlawful sex with a 13-year-old girl. Before his sentencing, in February of 1977, he fled from the U.S and continued to make movies in Poland and France, where he couldn’t be extradited to the U.S. In 2002 he directed the movie “The Pianist” starring Adrien Brody portraying a Polish-Jewish musician during WWII. The movie gained Polanski an Oscar for Best Director but because he was afraid of being arrested if he returned to the states he didn’t attend the Academy Award ceremony.

Today he lives in Europe. His last film was in 2019 “An Officer and a Spy”, a French-Italian historical drama.

The havoc caused by impulsive buying in your life

Fri Jan 24 , 2020
At the beginning of the year like this, a lot of New Year resolutions center on finance, It is always about how to increase your income and reduce our expenditures. The truth is that little leaks most times sink a boat, the same is applicable with the little or minor […] 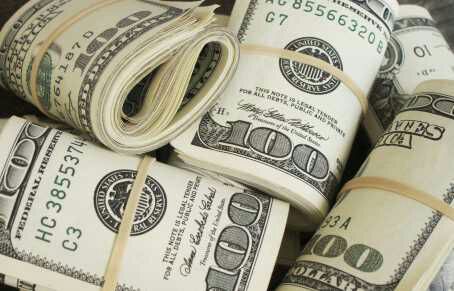